Fancy a tipple? Our Happy Hour runs from 4pm-6pm Monday to Friday. Find out more —>

Today we say thanks to those that serve our country, both past and present. ANZAC Day is a national day of remembrance that honours all Australians & New Zealanders who have served their country.

Applejack owners Ben Carroll & Hamish Watts have a strong connection to ANZAC Day with both their Grandfathers serving in WWII.

You may recognise the names Keith ‘Bopp’ Evans and Anthony ‘Tone’ Adams, as Bopp & Tone – a tribute to the Applejack founders Grandfathers. Both men served in WWII in different ways, keep reading to find out more about their experiences. 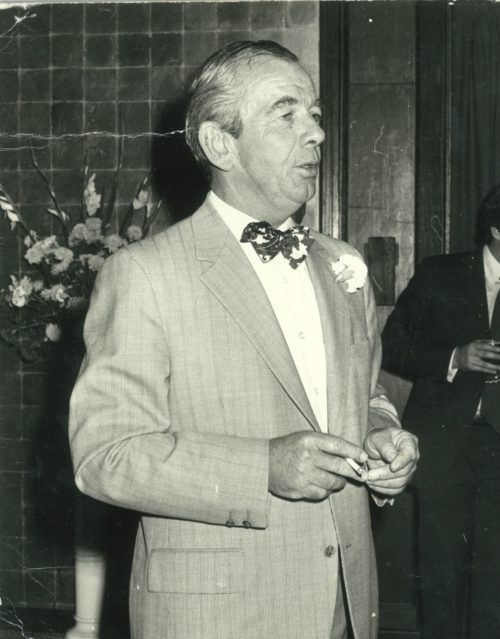 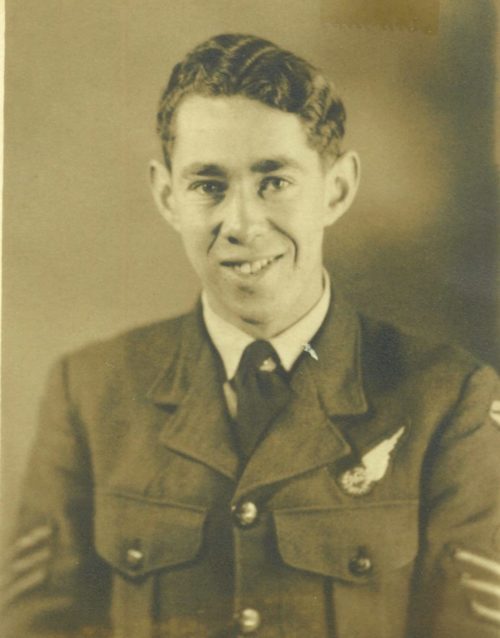 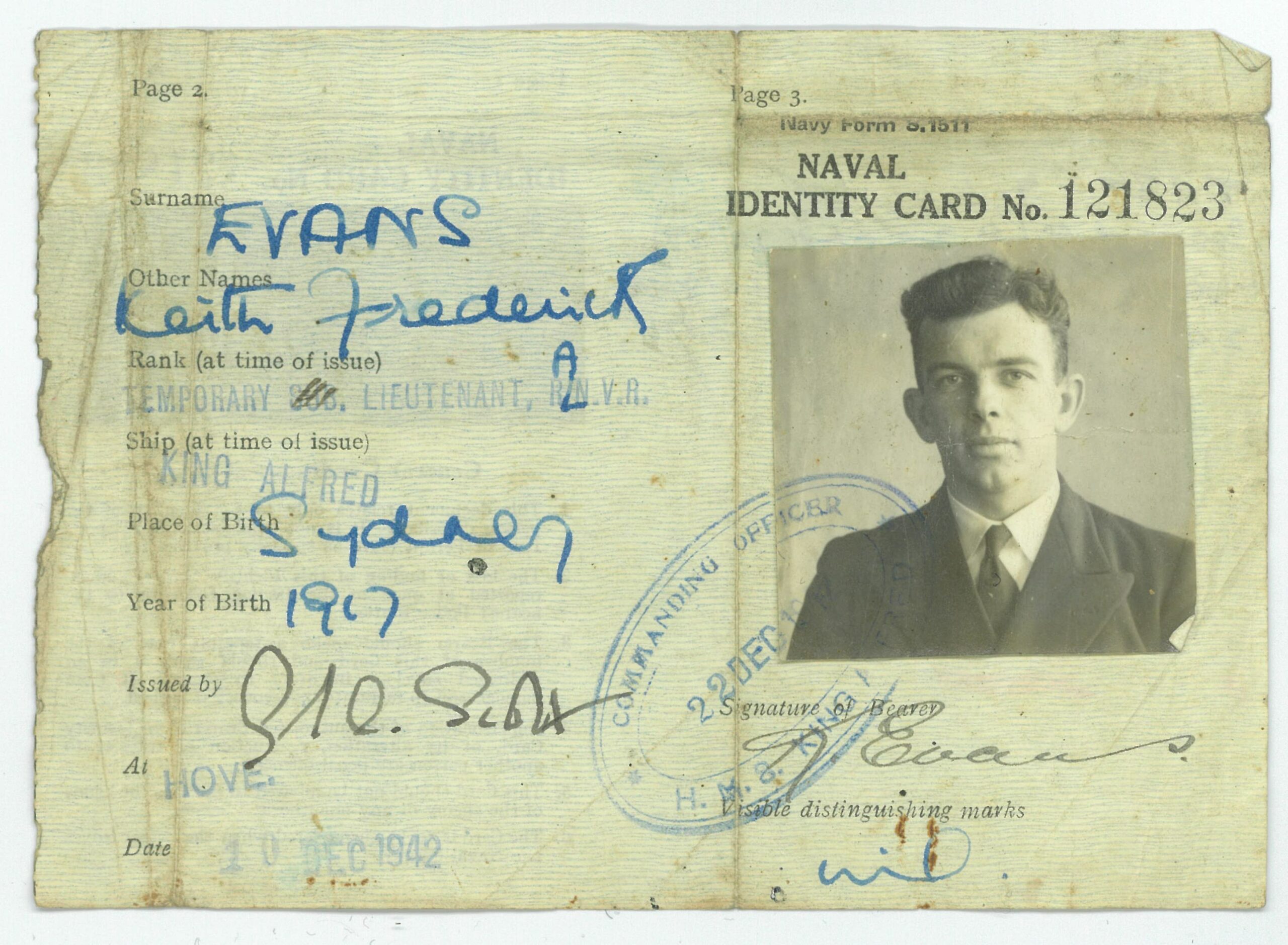 Minesweepers played an essential role in WWII, the smaller warships were designed to remove or detonate naval mines. They were important in keeping the waterways clear and safe for the larger ships. 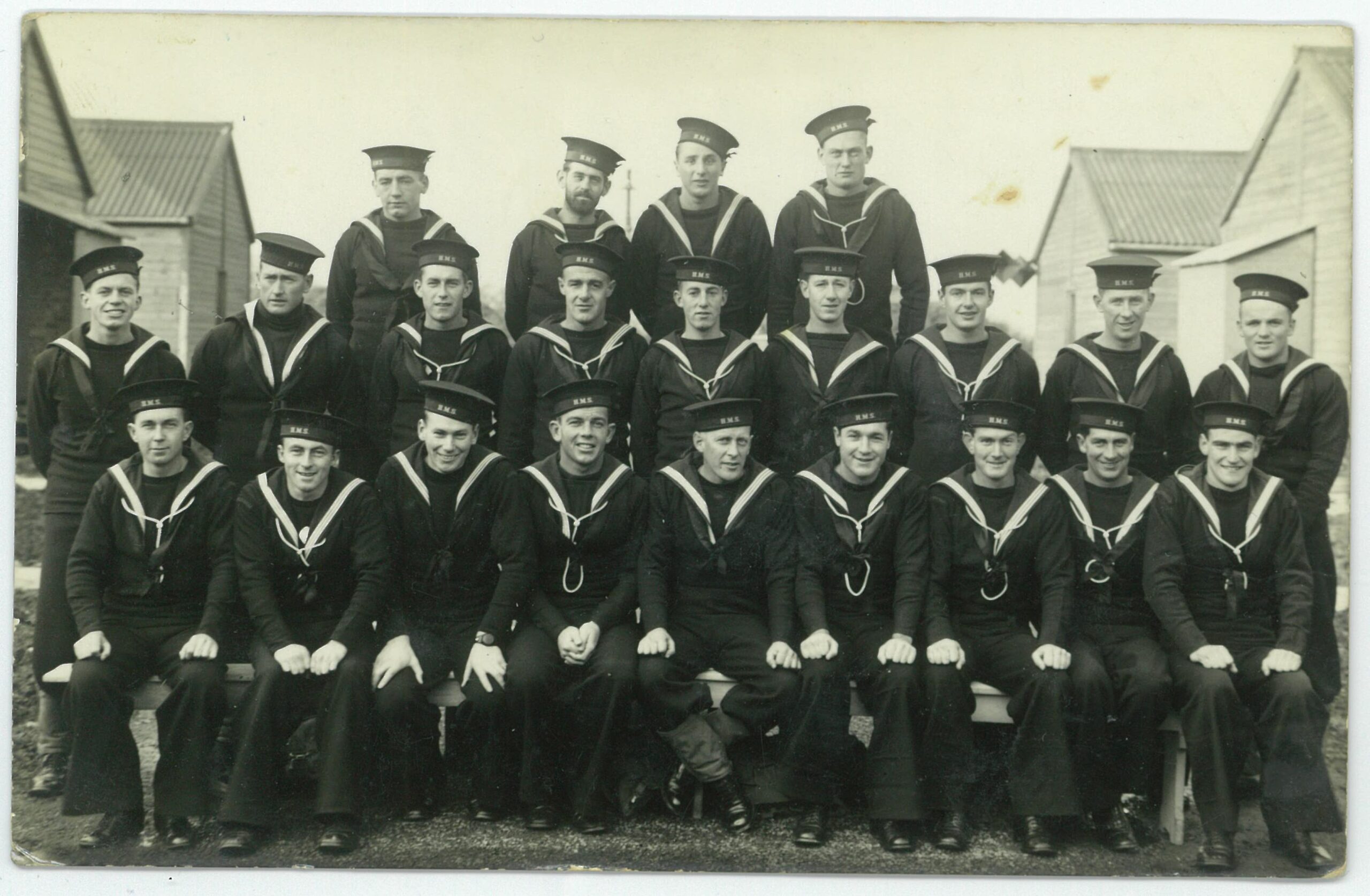 Hamish’s fondest memories of his Grandfather are of spending the day with him on the water down at Balmoral Bay fishing, obviously, Bopp’s love of the water and experience on boats stayed with him throughout the years. Anthony ‘Tone’ Adams was a Wireless Operator, RAAF Bomber Command in the Royal Australian Air Force. Tone was enthusiastic to sign up to the armed forces, inspired by the stories of Gallipoli and the Western front, he was attracted to the action and adventure of serving his country. He first went into the signals unit in the Australian Army and learnt morse code, where he helped in defending the Western Australian shore from Japanese invasion. He spent 8 months in the Army before he transferred to The Royal Australian Air Force (RAAF).

After months of training, he was sent to Europe in June 1943. He joined the No. 149 Squadron in a crew of 4 Australians, based in England. Before and after D-Day 6th June 1944 his squadron was flying over France at night, dropping supplies to the French Resistance. Months later, his squad was on a mission in Lancaster bombers taking out German targets. He completed 36 missions over Germany and occupied Europe as a part of the British Royal Air Force’s Bomber Command. Today, he is one of the few hundred Australians who served in the Bomber command still alive. He was 21 when he returned from the war.

“There were instances during the war where I should have been killed and I wasn’t – pure luck… Every day I wake up I realise what a lucky person I am.” 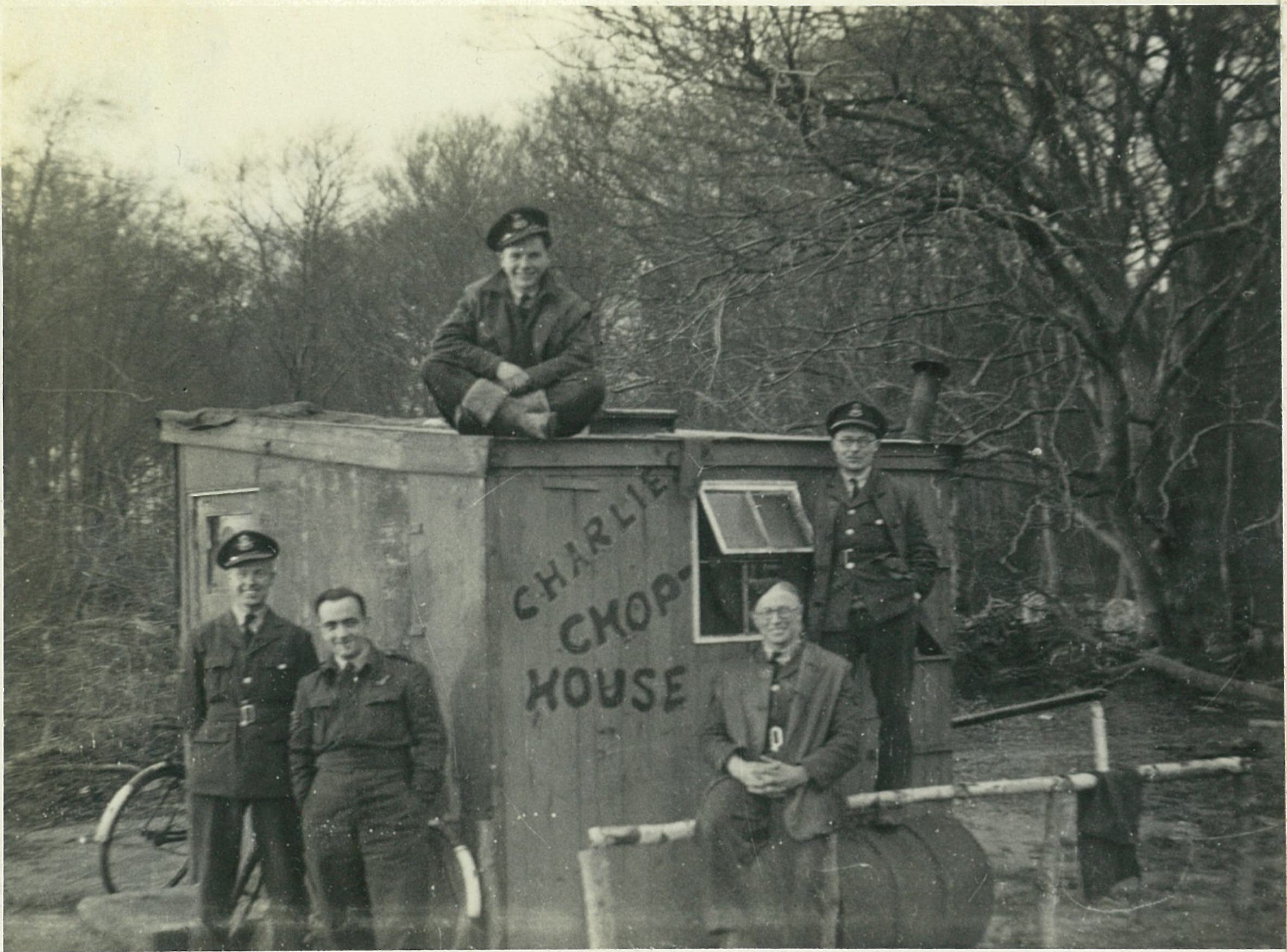 Applejack owner Ben Carroll explains that “It wasn’t until I grew older that I really understood how much of a hero Grandpa is.”

Ben recall’s a story his Grandpa told him; “Grandpa recently told me a story about a late night rations drop to the front line. His wireless radio had gone down which left the plane without communications, this was not generally a big concern so the crew decided to continue on. Grandpa, who is not technically minded, tried all he could to get the radio back on; turning it off and back on, banging it… all the simple things! But nothing worked. Magically at the last minute the radio came back to life and with that a Morse code from the base asking the plane to abort the mission and immediately return to base. On returning to base he found out that there was intel that the enemy were about to shoot down the plane with ground to air missiles. He has been about 3km from being shot out of the air. This is one of the many stories where Grandpa has a whole lot of luck on his side.” 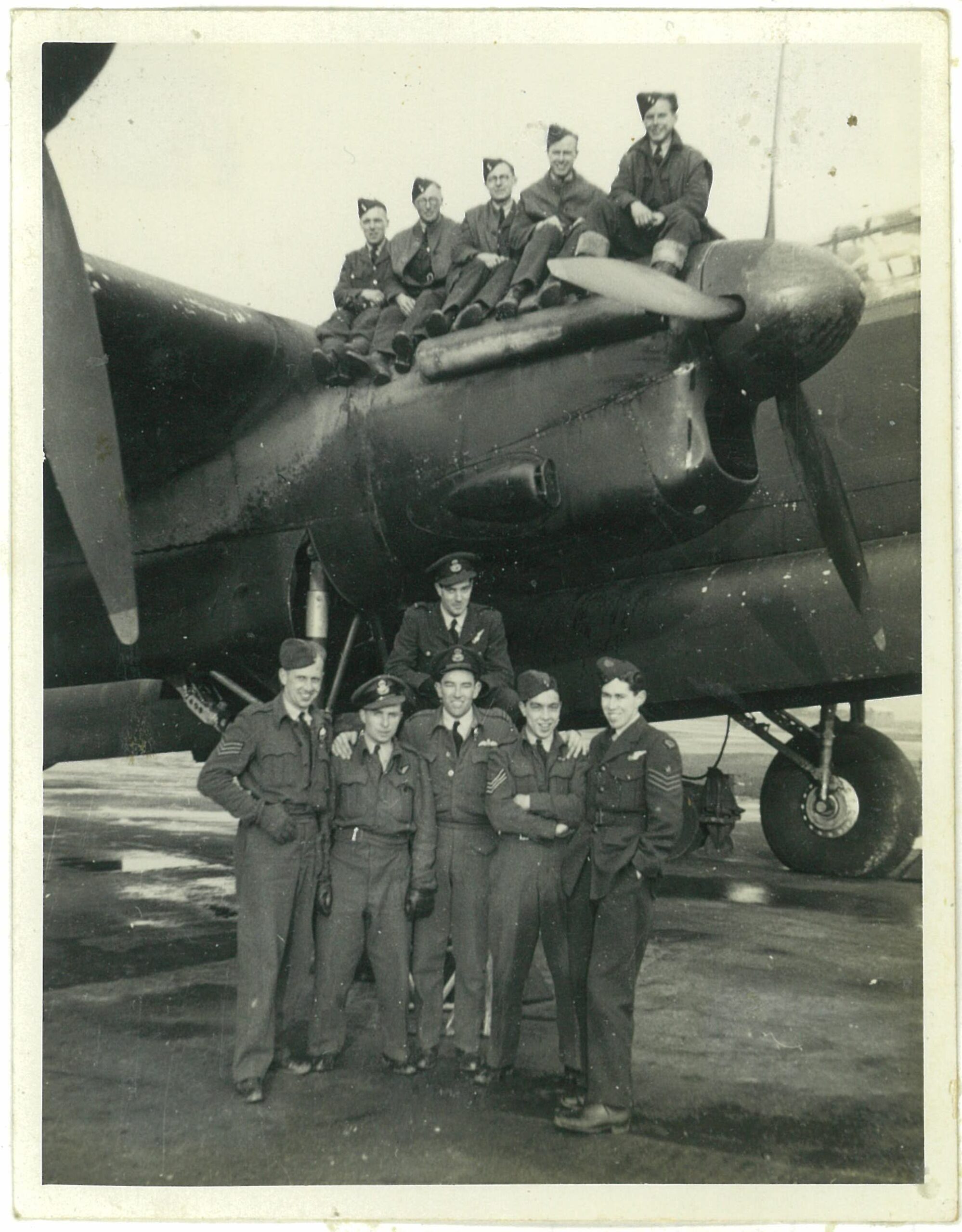 Both Bopp & Tone served their country in different ways, they sacrificed, trained and experienced things we could not even imagine. Without them Australia would not be the place it is today. Every day, but especially today, we are thankful for those who serve and protect our way of life.

Next time you visit Bopp & Tone take in the photographs and styling representing the post-World War II era in which they lived in. “Bopp & Tone is a node to our grandfathers, who symbolise and embody the iconic and nostalgic Sydney of the past, which is reflected in the venue”- Directors Ben Carroll & Hamish Watts