Fancy a tipple? Our Happy Hour runs from 4pm-6pm Monday to Friday. Find out more —>

We hosted the 2019 Time Out Food Awards at Bopp & Tone

On Monday 9th September, Time Out honoured the best of the best in Sydney dining at the 11th annual Time Out Sydney Food Awards at Bopp & Tone.

A sold-out crowd of Time Out readers, serious eaters and hospitality heavyweights gathered at Bopp and Tone to celebrate the industry’s best of the best on Monday night, from bang-for-your-buck cheap eats to the pointiest end of destination dining. Gin and Tonics with Whitley Neill gin, wines from Mojo and Tar and Roses, and Gage Roads Brewing Co’s range of beers – Single Fin summer ale, Little Dove New World pale ale and the Atomic Beer Project’s pale ale and IPA (yes, we had one of each) – were flowing from the start. 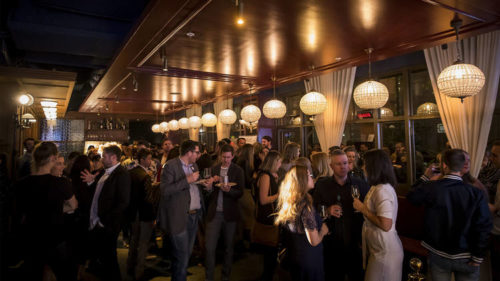 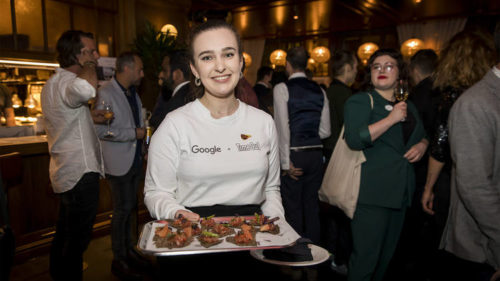 MasterChef favourite Khanh Ong was the MC on duty, in charge of keeping the motor running as nine awards were presented to cafés, restaurants, chefs and legends. This year, Time Out partnered with Google for the People’s Choice: Signature Searches Award, rewarding unique eats worth searching for across the city. The Ottoman eggs at Parramatta stalwart Circa Espresso took the gong, cementing Sydneysiders’ ongoing love affair with Middle Eastern flavours and dynamite breakfasts. 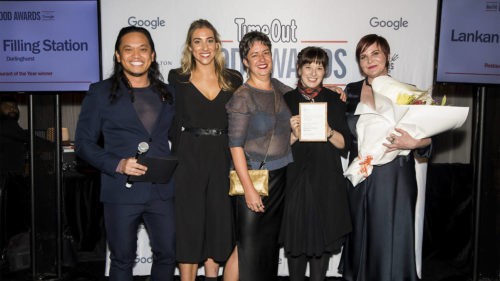 On the opposite end of the spectrum, the show-stopping tamales at Rosa Cienfuegos’ Tamaleria and Mexican Deli ran away with the prize for Best Cheap Eat, while the quietly sophisticated café fare at Newtown’s One Another earned owners Mitchell Antman and Louis Spangaro the trophy for Best Café. Nearby Bella Brutta, the pizzeria that stormed the scene late in 2018 with a one-of-a-kind clam pizza, received the Best New Restaurant Award.

Momofuku Seiobo’s Paul Carmichael was named Chef of the Year for his peerless Caribbean cooking, and Lorraine Godsmark – the pastry veteran responsible for satiating Sydney’s sweet tooths for the past 30-plus years – was recognised for her outstanding contribution to the city’s culinary landscape with this year’s Legend Award.

All the winners received trophies and the glory that comes with a Time Out Food Award. The celebration would not have been possible without the hard work of the team at the beautiful Bopp and Tone, as well as our sponsors: Gage Roads Brewing Co, Whitley Neill gin, Bisleri water, Royal Doulton and Joval Wines.